The US is one of those nations that had legalized the wedding between same-sex partners. This is one country that has witnessed the iconic Stonewall Inn event that is considered one of the most important landmarks in the history of LGBT rights. The purpose of this article is to discuss the history of Gay rights movement in the United States.

The first inception of movements, demanding equal social and civic rights in the US was between the 1940’s and 1960’s. This span of time is called the Homophile era and it recorded several instances of LGBTs facing harassments from the government and the society. During this phase, there came a rise in the urban subculture among Gays and Lesbians. 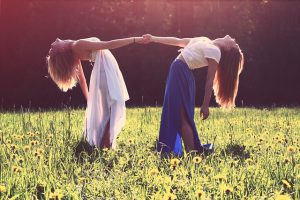 During 1969, came up the iconic Stonewall riot that is considered one of the most important landmarks in the history of movements for protecting the rights for the LGBTs. The major achievements made during this phase were the right for publishing magazines for gays and lesbians.  As an outcome of the ongoing movements, police had to stop harassing LGBT. Most importantly, activist won the first legal trial on professional discriminations for sexual orientations. However, LGBTs had to keep on facing hostility from the society and they had to pay significant penalties for their sexual orientations getting exposed to the society.

The outcome of the Stonewall Inn riot produced significant impact on the movements for securing the rights for LGBTs.  As a result, the mass support towards LGBT changed significantly during this span of time. The society started approaching these orientations as preferences of the concerned parties and hence, the viewpoint towards LGBTs became more rational.  Between this time span, the gay and lesbianism turned more mainstream and several successful movements were endeavored during this phase that eventually gained more ground for such activism.  This decade will be a golden era for LGBT activism as during this span such activism gained more moral support and forced the society to change its approach towards gay and lesbian relationships.

Between this span, several countries legalized same-sex marriage and changed their outlook towards LGBTs. In this span of time, LGBTs were able to secure their social and civic rights to a large extent and could meet in public.  Between 1980’s and 2000’s, innumerable successful endeavors were made secured the rights of the LGBTs.

In today’s time, LGBT is not held as a taboo and the society has turned matured to handle such individuals with tolerance and respects their personal orientations and choices. Today, the majority of the adult residents from the US are supporters of LGBT and same-sex relationship. Hence, in contemporary times, the social and civic rights of the Gays and the Lesbians stand absolutely secured. Most importantly, US joined the league of the nations that had legalized the wedding between same-sex partners.